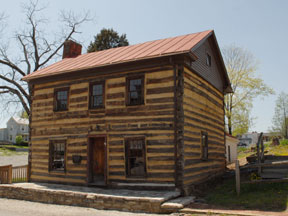 The town of Fincastle has been described as a virtual museum of 18th. and 19th. Centuries American architecture with some dwellings dating back to the late 1770’s. The town’s historic district is comprised of approximately 100 buildings. It received both state and national designation in 1969 and updated in 2012.

Historic Fincastle, Inc. (HFI) has contributed thousands of dollars and volunteer hours towards fulfilling its mission. A summary of contributions is as follows:

3. 1969 – Applied and received designation for the Town of Fincastle as a historic district in both the state and national registers of Historic Places.

7. 1978 – Assisted in the restoration of the blacksmith shop in cooperation with the Wysong family.

9. 1981 – Purchased Hayth’s Hotel from County Board of Supervisors then sold it with protective covenants.

13.  1999 and yearly – HFI Scholarship Program has awarded over $12,000 through 2011 in scholarships monies to college and high school seniors to assist students in pursuing college degrees.

16.  2006 & 2088 – Held community worships about historic districts in conjunction with APVA Preservation Virginia and the Virginia Department of Historic Resources.

26. 2010 & 2011 – replacement of James Matten Early Cabin Roof by volunteers and small skilled tradesman, funds for roof raised at “Raise the Roof” event and through corporate and private donations. Click this link for the story and photo: Early Cabin

27. 2012 & beyond – Accepted the donation of the  Dottie Kessler historical documents and began archiving these documents using PastPerfect software.  Click this link for story and photos: HFI Archives Committee Kessler Documents

28.  2012 & 2013 – HFI supports efforts to add Fincastle to the National Park Service Eastern Legacy Trail with the Lewis & Clark Connection to Fincastle.  Click this link for the story: NOAA Disc Fincastle 2012

29.  2013-placed historic plaque at the Wysong Blacksmith Shop in honor of the Wysong Family

31.  2014-The Board of Directors voted to name the archives room in the James Matten Early Cabin in honor of Dorthy Simmons Kessler.  A plague was installed on the door.

33.  2014-Fincastle Sidewalk Grant Project is completed by the Town of Fincastle with the installation of new brick sidewalks and street lights on Main Street.  HFI honors Scott Crizer for his dedication to this project since 2007.

35.  2015 – HFI honors David Tickner, Fincastle Town Manager, at its 2015 Annual Membership Open House. Tickner was honored for his cooperative work with HFI on many projects in the town.

36.  2015 – HFI announces the addition to its scholarship program The Pat Simmons and Sally Eads Volunteer Scholarship.  The scholarship will start in 2016 for local high school students.

39. 2015- HFI and the Town of Fincastle are awarded $3500 from the Botetourt County Incentive Grant Program and $4000 from the Helen S. and Charles G. Patterson, Jr. Charitable Foundation Trust to assist with the construction of the gateway sign.

40.  The 2015-16 historic home plaque program committee received agreements from five homeowners for installation of the plaques on their homes.

41. 2016- The Historic Fincastle Gateway Sign was completed at the intersection of Main Street and Route 220.  The sign was constructed on limestone from the former African-American Odd Fellows Lodge on Hancock Street.  Stone donated by James E. Hickenbotham.

43.  2016- Botetourt County Historical Society honors HFI with the Emily Gordon Honts Award for involvement with BCHS and for work in preservation, archives, tours, genealogy research and other activities on behalf of Fincastle and Botetourt County.

46.  2017 – “Historic Fincastle, Inc. – Historical Document Collection:  1770’s to Present is launched online.  The collection is based on documents donated to HFI by Dottie Kessler’s family.  Future documents will be added as donations are received by HFI.

47.  2017 – HFI Town Tour Guide is updated and reprinted.  In addition, with a donation from a generous donor, HFI will produce and print the Fincastle Timeline as a brochure insert.

50.  2017 HFI installed an appreciation plaque for James Higgenbotham for donation of the stones for the Fincastle Gateway Sign.

51.  2017 HFI Volunteers repaired and stained the siding on the James Matten Early Cabin. 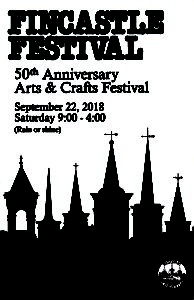 Each year HFI Board of Directors approves a plan of action for the year.